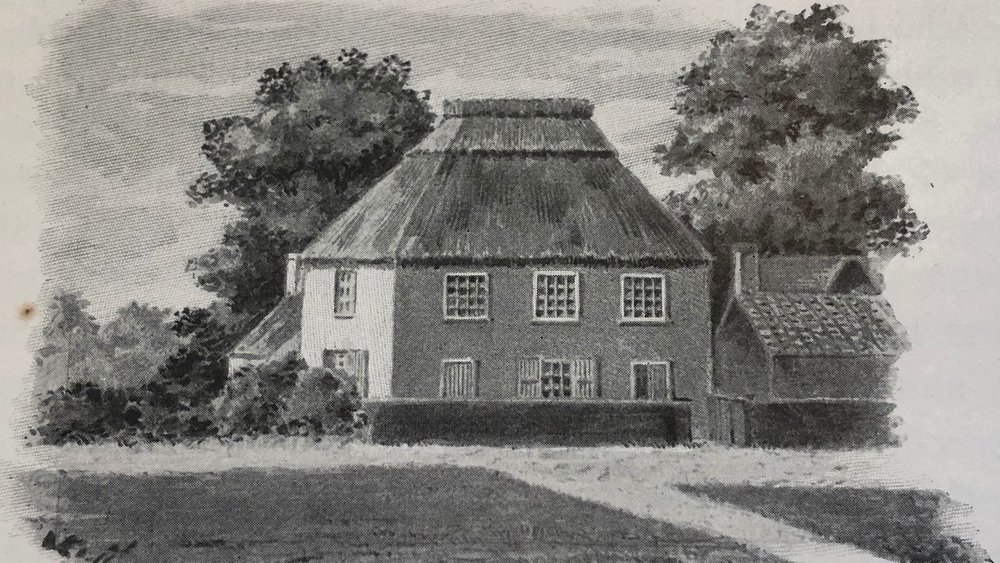 Ebenezer Smith was a youth himself when 17-year-old Charles Spurgeon became the pastor of Waterbeach chapel. Because the congregation could not afford to pay Spurgeon much, he continued working as a tutor during the week in Cambridge. But he would visit his people in the evenings and on the weekends, and he made it a practice to stay the night with different members of the church each Saturday in order to get to know them. That included staying with Smith’s family multiple times. Smith’s own conversion could be traced to one such evening when Charles prayed with him and challenged him to pray also.

But as important as that was, there was another evening that was even more memorable. Many years later, Smith recounted,

On another occasion he could not sleep on Saturday night, and early in the morning ere the light had dawned he awoke me. The perspiration was streaming from his forehead, he told me he had seen a vision of Hell. He described the last things, the Judgment, the wailing, the torments and the shriek of the lost, until I grew frightened.

The next morning he preached his marvelous sermon on the Final Conflagration, one of the most awful sermons that was ever heard from a Christian pulpit. Men and women swayed in agony. It was a mental torture unknown in our churches to-day. It seemed as though he shook his audience over the Pit, until the smoke of God’s wrath filled their eyes and made them weep, and entered their throats until they gasped for mercy. It was not done for effect. The power lay in the fact that it was real to the preacher. He had lived through a nightmare of a terrible experience and it was being used to a holy purpose. He was deeply in earnest and men knew it. He never preached a religion he had simply learned, but a truth that had been cut into his soul by a deep and rich experience. (Ebenezer Smith, Two Centuries of Grace, 15-16)

Something unusual was happening there in Waterbeach, under Spurgeon’s preaching. There have been times in history when God has powerfully raised up preachers and brought about a revival. One thinks of the famous revival in Northampton under Jonathan Edwards, or the Great Awakening under the preaching of Wesley and Whitefield, or the ministry of Martyn Lloyd-Jones at Westminster Chapel. The history books record these stories, and many others like them, in great detail.

But throughout history, there have also been many other occasions of genuine revival that have received less attention. And yet they are no less (as Edwards calls it) the surprising work of God. Such is the case of Spurgeon’s ministry in Waterbeach from 1851-1854. In those short three years, the church grew from a few dozen to over 400 through the sermons of this “boy preacher.” Spurgeon describes the “wonders” that God worked in that small village:

In a short time, the little thatched chapel was crammed, the biggest vagabonds of the village were weeping floods of tears, and those who had been the curse of the parish became its blessing. Where there had been robberies and villainies of every kind, all round the neighborhood, there were none, because the men who used to do the mischief were themselves in the house of God, rejoicing to hear of Jesus crucified. I am not telling an exaggerated story, nor a thing that I do not know, for it was my delight to labor for the Lord in that village. It was a pleasant thing to walk through that place, when drunkenness had almost ceased, when debauchery in the case of many was dead, when men and women went forth to labor with joyful hearts, singing the praises of the ever-living God; and when, at sunset, the humble cottager called his children together, read them some portion from the Book of Truth, and then together they bent their knees in prayer to God. I can say, with joy and happiness, that almost from one end of the village to the other, at the hour of eventide, one might have heard the voice of song coming from nearly every roof-tree, and echoing from almost every heart. I do testify, to the praise of God’s grace, that it pleased the Lord to work wonders in our midst. (CHS, Autobiography 1:227)

For over 150 years, the story of the Waterbeach revival has remained hidden in history. But now, with the publication of The Lost Sermons of C. H. Spurgeon, that story is being told again. This week marks the publication of Volume 5 of the Lost Sermons. In here, you will find not only “The Great Conflagration,” but many other sermons that God used to bring about the Waterbeach revival. Our hope is that with this publication, these sermons have the opportunity to once again impact a new generation of Christians.